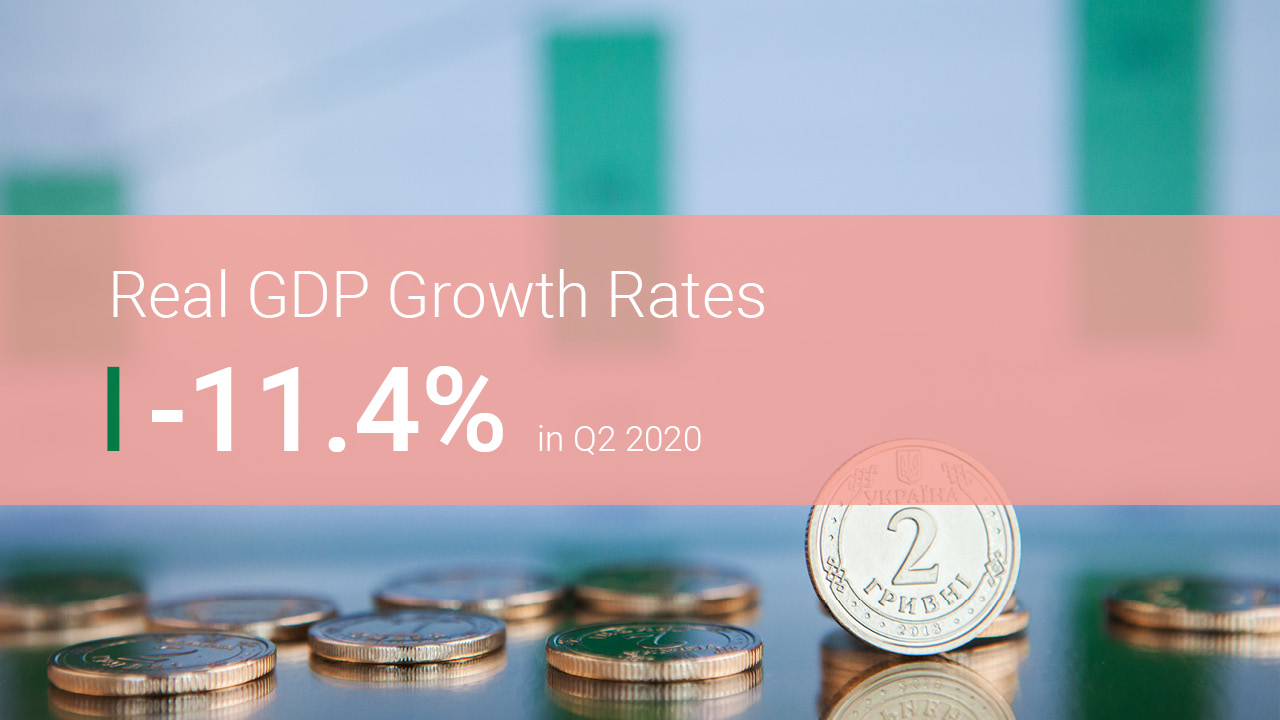 In Q2 2020, real GDP shrank by 11.4% yoy. Strict quarantine restrictions and weak demand led to a deeper slump in the economy. As a result, real GDP in Q2 decreased by 9.9% qoq in seasonally adjusted terms. This follows from detailed GDP data for Q2 2020 published by the State Statistics Service of Ukraine.

In terms of economic activities, the performance of practically all sectors of the economy worsened in Q2 2020. A late start of the harvesting campaign and lower wheat yields were major contributors to the decline in GDP. The NBU estimates this impact at a negative 0.9 pp. Along with low indicators in animal breeding, this caused a plunge in added value in the agricultural sector. Considering that the stocks of some crops, including corn, were depleted, the slump in agriculture also drove a sustained negative contribution of inventories to the change in GDP. The significant fall in the agricultural sector was accompanied by a deepening downturn in the industrial sector, IT, as well as all services sectors.

In Q3 2020, a gradual recovery of the economy is expected. The recovery will be driven not only by softer quarantine measures, but also by stronger external demand and higher domestic consumption. However, economic activity will be held back by individual restrictions as part of the adaptive quarantine regime, as well as increasing risks of an accelerating spread of the coronavirus.

The NBU will announce a revised macroeconomic forecast at its regular press briefing on monetary policy on 22 October 2020 and will publish it in the Inflation Report on 29 October 2020.