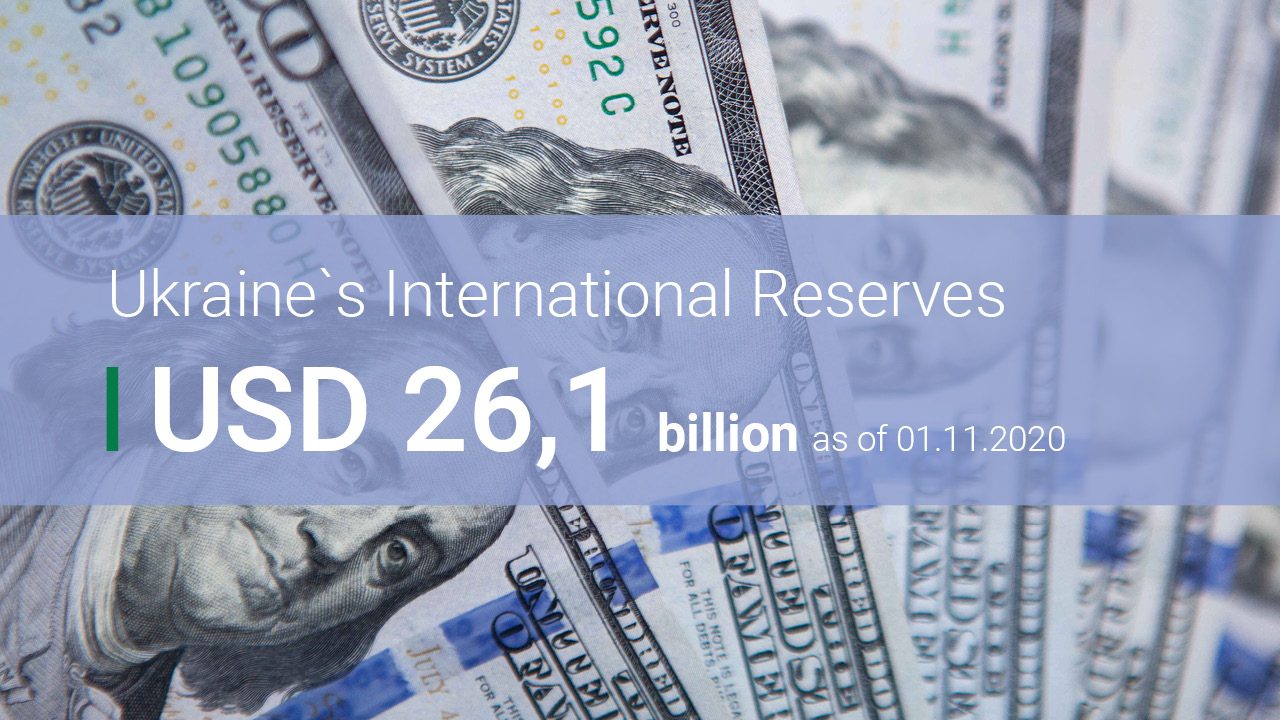 Preliminary data showed that as of 1 November 2020, Ukraine's international reserves stood at USD 26,140.4 million (in the equivalent). In October, the reserves decreased by 1.5%, including as a result of redeeming external and domestic debt of the government and foreign exchange interventions conducted by the NBU to alleviate FX rate fluctuations in the currency market.

International reserves now cover 4.4 months of future imports – sufficient for Ukraine to meet its commitments, and for the government and the NBU to make their current transactions.

Data on international reserves and FX liquidity is compiled and published on a monthly basis: