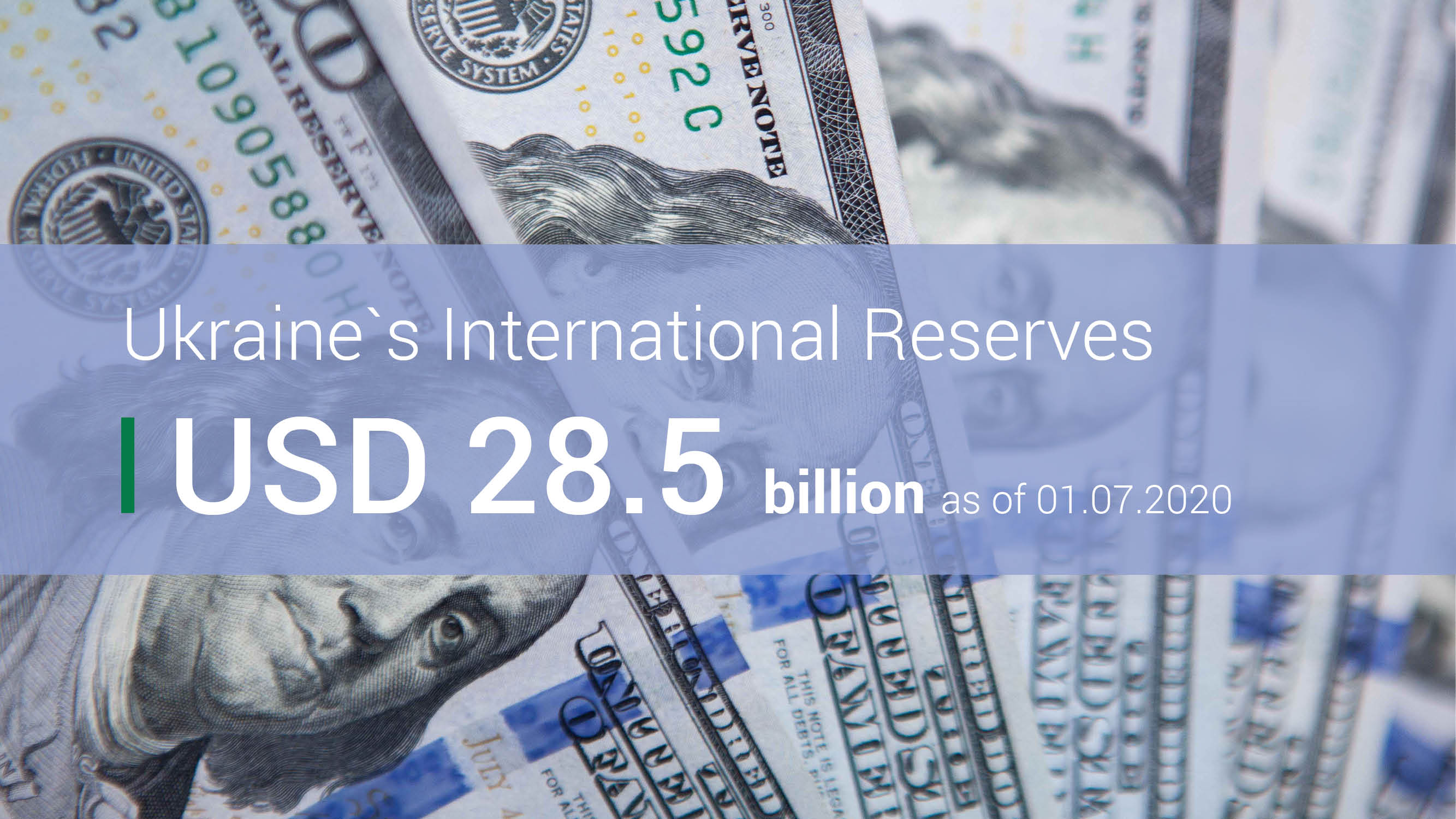 As of 1 July 2020, Ukraine’s international reserves stood at an equivalent of USD 28,515.73  million after increasing by 12.4% in June, according to preliminary data. The last time the country’s international reserves were at the same level was in late 2012. The significant increase in reserves last month was due to the receipt of the first tranche under the new IMF program and related financing, as well as the growth in FX purchases by the NBU in the interbank FX market.

Overall, the following drivers determined how international reserves changed during the month:

International reserves now cover 4.8 months of future imports – sufficient for Ukraine to meet its commitments, and for the government and the NBU to make their current transactions.

Data on international reserves and FX liquidity is compiled and published on a monthly basis: