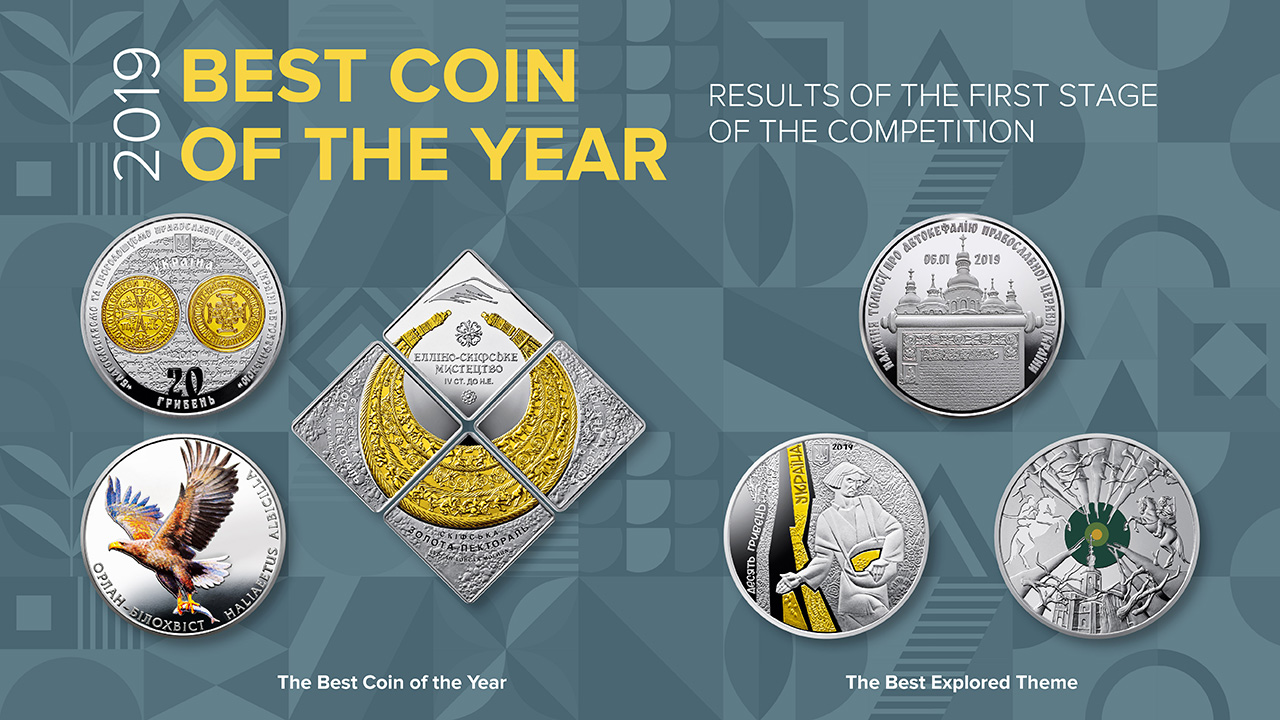 The NBU has announced the results of the first stage of the annual Best Coin of the Year Contest for 2019 (the “contest”).

The following commemorative coins have won the most votes in the following two categories:

The best coin of the year category:

The best treatment of a theme category:

The first stage of the contest was held from 3 February through 6 April 2020. During that stage, voters chose the three best coins in each of the above two categories.

Over 2,000 persons voted in the contest.

The NBU will soon hold the second stage of the contest, during which the members of a special commission will vote by secret ballot for the best coin of 2019.