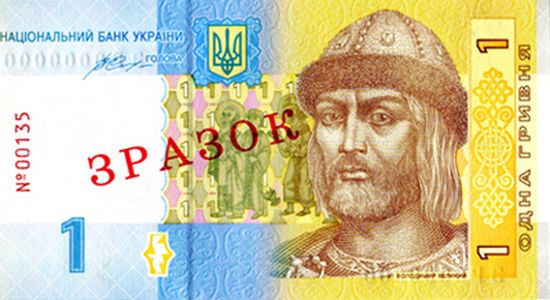 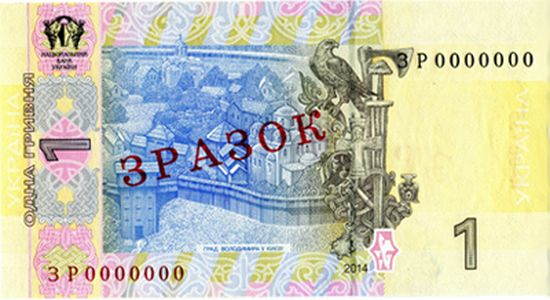 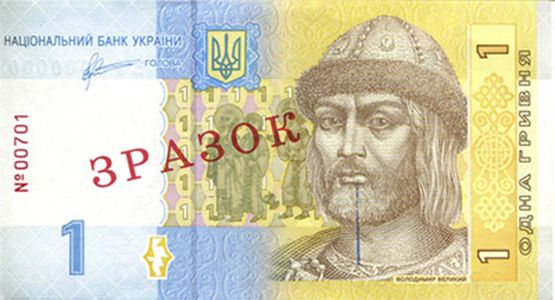 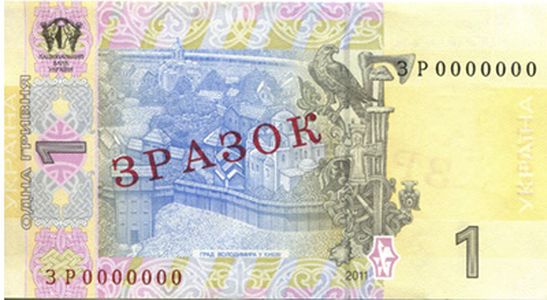 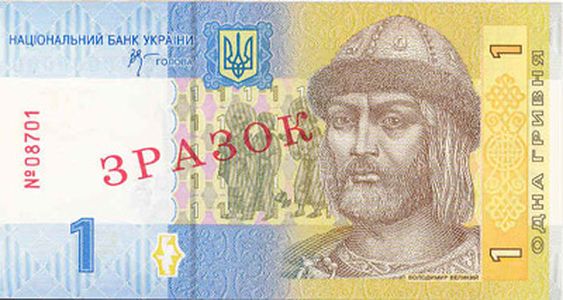 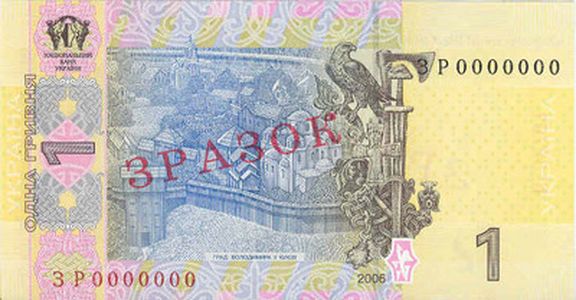 On May 22, 2006 the National Bank of Ukraine puts into circulation 1 hryvnia banknote designed in 2006.

On the face side of the new banknote, as well as on the previous banknotes of this denomination, there is a portrait of Volodymyr the Great, whereas on the reverse side instead of the remains of Chersonesus Tauricus there is a diorama of Volodymyr’s Burg in Kyiv.

Volodymyr the Great was a Grand Duke of Kyiv (980-1015). During his rule a rise of the Kyivan Rus as a solid community and a great power started off and all the Eastern Slavic lands were united under the dominion of Kyiv. In 988-989 Rus was Christianized on his initiative.

Volodymyr’s Burg in Kyiv (Detynets) – under such a denomination known is the citadel whose construction Volodymyr started as soon as he had taken possession of Kyiv.

The main edifice of the 10th century Kyiv was the famous Tithe Church whose foundation was laid, according to the Tale of Bygone Years, in 989. In 996 the construction was completed and the church was consecrated.

The banknote is printed on the untinted paper.

The dominating color of the design of the banknote – yellow-blue.

Imprint of the hryvnia logo is visible when looking at the banknote against the light.

A fully embedded into the paper polymer thread with the following transparent direct and inversed images: “1 ГРН”, a trident and the underlined denomination “1”.

A printing method thanks to which on the paper formed is an ink overprint thickened at the stroke edge together with a printout embossed in deep relief (serial numbers on the banknote back side).

1) with black inks having magnetic properties;

2) with red inks glowing under the UV light in yellow-red color.

Printed elements on the face and on the back of the banknote which complement each other and form the letter “У” when the note is held up to the light. 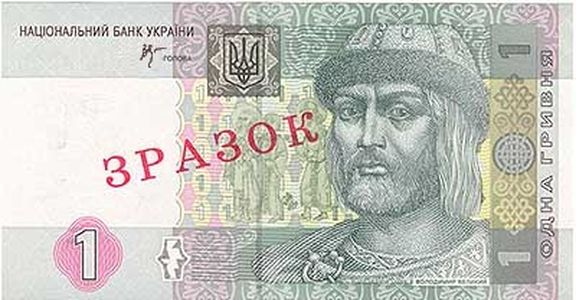 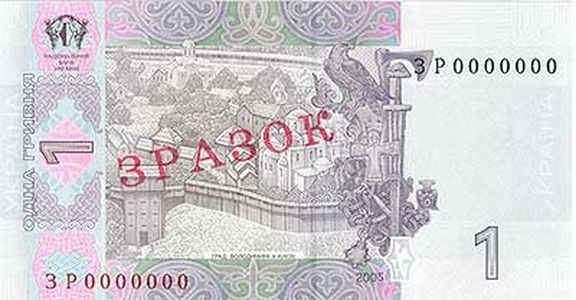 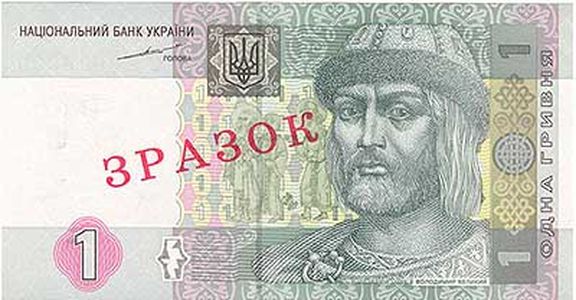 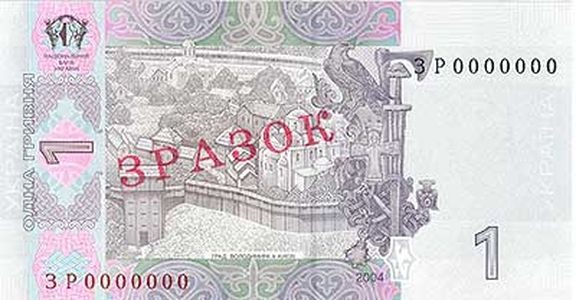 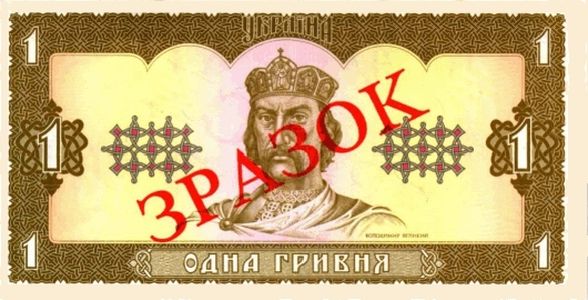 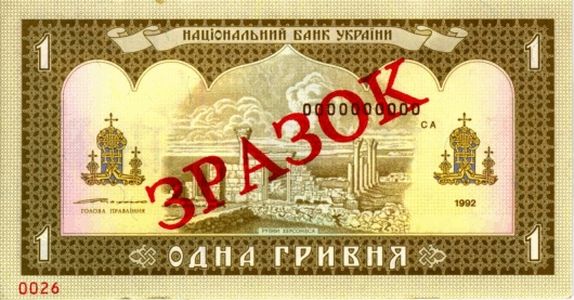