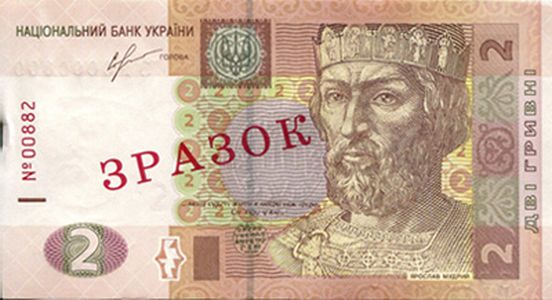 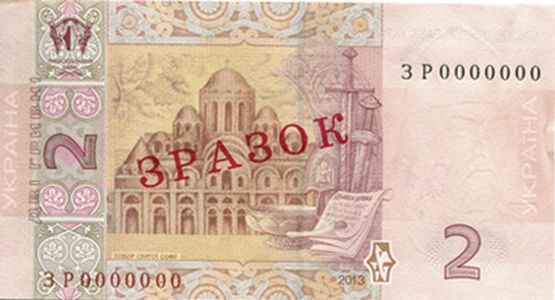 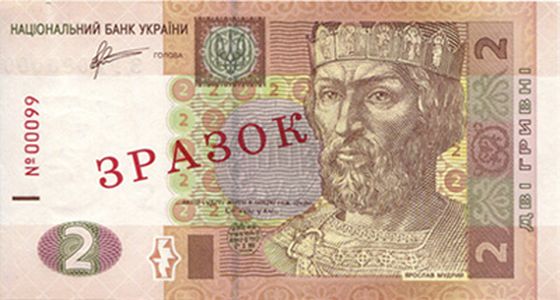 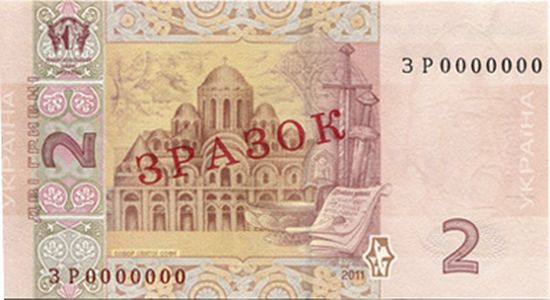 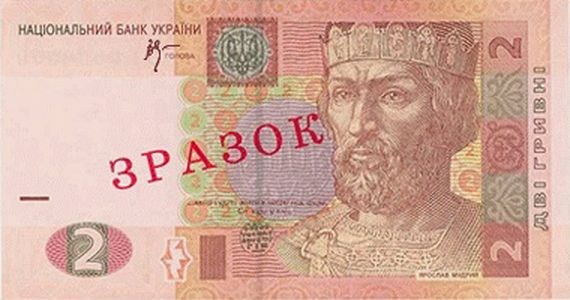 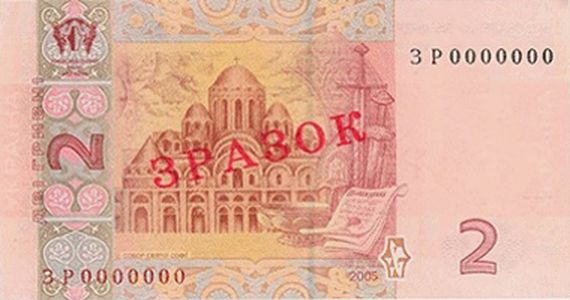 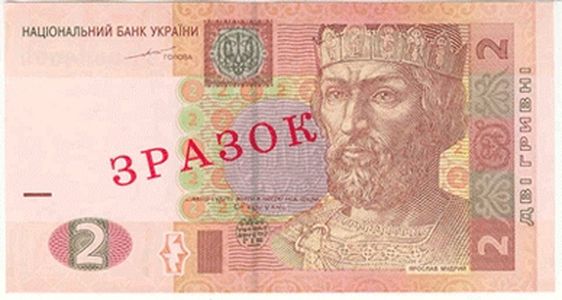 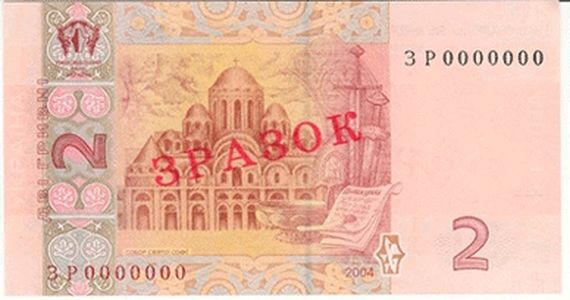 The face side of the new banknote as well the face of the previous 2 hryvnia banknotes has the portrait of Yaroslav the Wise, and the back depicts the Cathedral of St. Sophia.

Yaroslav the Wise was a Grand Duke of Kyiv (1019-1054). In times of his ruling the “Russian Justice” Code of the Old Rus was composed and adopted, the Christianity was finally established in Rus and the culture developed. Yaroslav the Wise was buried in the Cathedral of St. Sophia in Kyiv.

The Cathedral of St. Sophia in Kyiv is a historical, architectural and wall painting monument of the first half of the XI century, which is famous worldwide. It was built in the golden age of Kyivan Rus to become the metropolitan`s cathedral, i.e. the principal church of Rus, on the place, where Yaroslav had won a victory over Pechenegs. Yaroslav founded therein the first library in Rus.

The banknote is printed on the tinted paper of brown color which is the dominating color of the design of the banknote.

Imprint of the numerical indication of the denomination is visible when looking at the banknote against the light.

A fully embedded into the paper polymer coded thread with the following transparent direct and inversed images: “2 ГРН”, a trident and the underlined denomination “2”. The parts of the thread glowing in green-yellow and blue colors under the UV light.

Graphic elements on the face of the banknote are printed in special printing when the ink is raised above the paper surface and can be felt by touch: a) the sign for the blind; b) the portrait; c) inscriptions; d) IZARD; e) numerical indication of the denomination.

The serial numbers is printed in high printing:

1) with black inks having magnetic properties;

2) with red inks glowing under the UV light in yellow-red color. 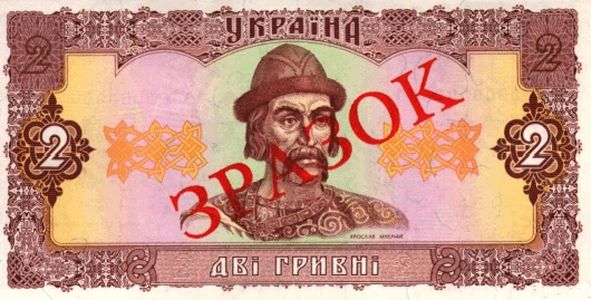 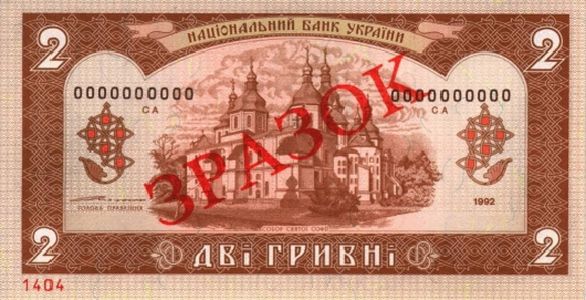