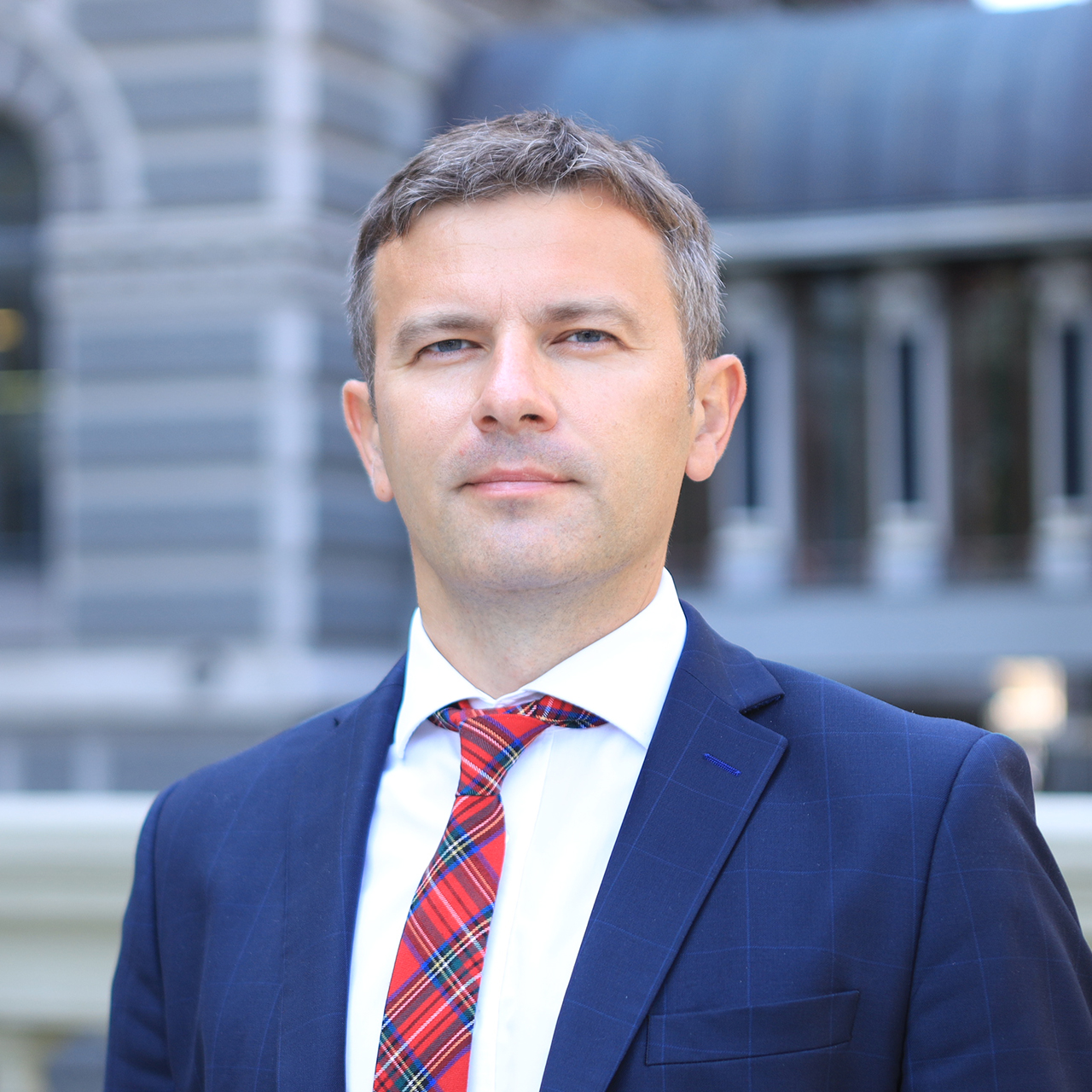 On 13 July 2021, the NBU Council appointed Sergiy Nikolaychuk as Deputy Governor of the National Bank of Ukraine.

He is now in charge of monetary policy and economic analysis, statistics and reporting, European integration.

Sergiy Nikolaychuk worked with the NBU from 2004 to 2019, making his way from an economist to the director of Monetary Policy and Economic Analysis Department.

From September 2019 to April 2020, he was the Deputy Minister of Economic Development, Trade, and Agriculture of Ukraine. From April 2020 to July 2021, Sergiy worked as the head of macroeconomic research department at ICU Group.

Sergiy Nikolaychuk is a research associate at Kyiv School of Economics and a professor at Taras Shevchenko National University of Kyiv.

In 2004, Sergiy graduated with distinction from Taras Shevchenko National University of Kyiv, receiving a master’s degree in economics. In 2008, at the same university, he presented his thesis titled Modelling the Transmission Mechanism of the Monetary Policy in Ukraine and was awarded his PhD in Economics.