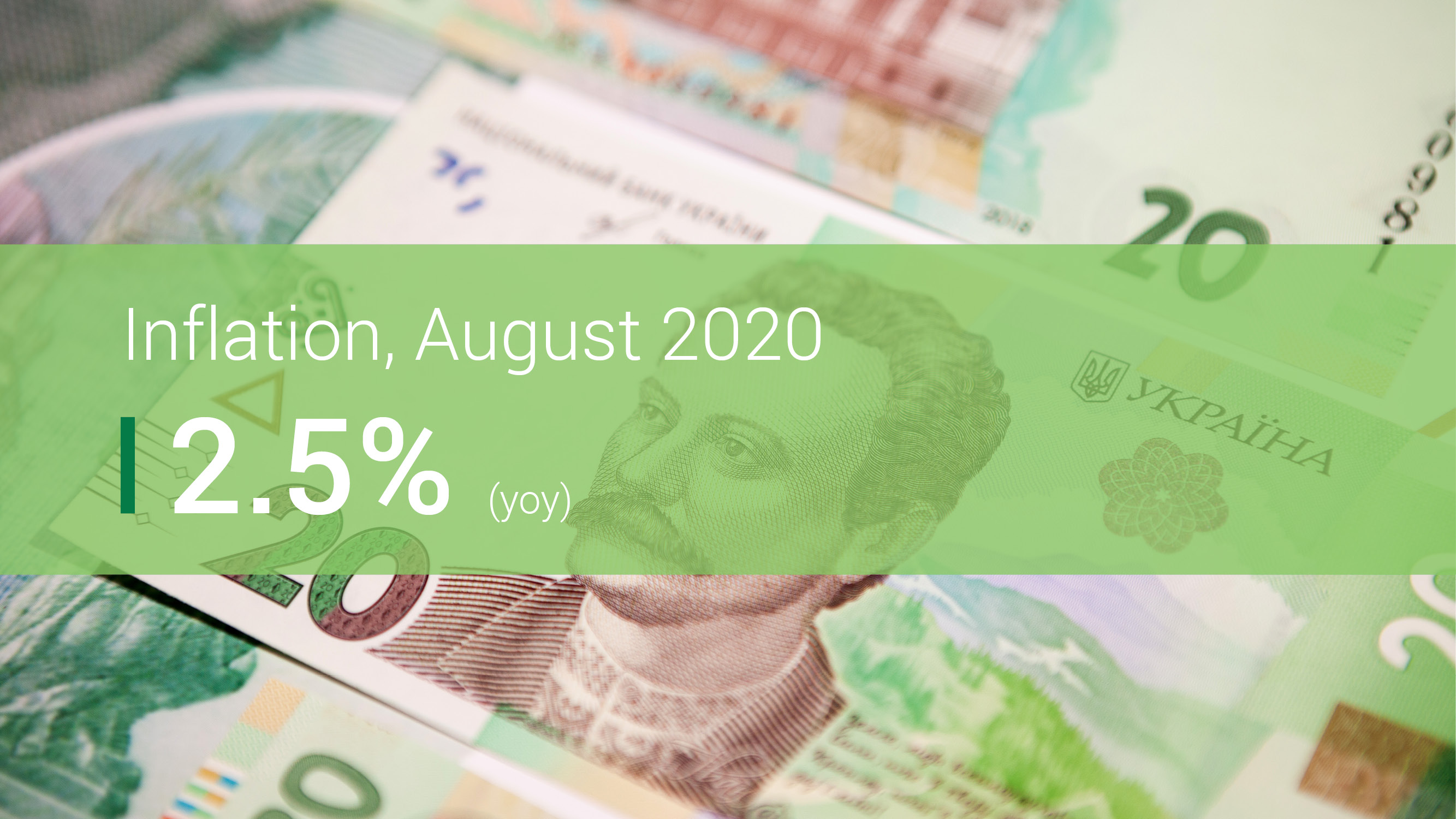 In August 2020 consumer inflation picked up to 2.5% yoy, up from 2.4% in July. In monthly terms prices fell by 0.2%. This is according to data compiled by the State Statistics Service of Ukraine.

Consumer inflation was below the 5% ± 1 pp target range and remained lower than had been forecast in the July 2020 Inflation Report. The rise in energy prices and the reflection of the effects of a weaker hryvnia were largely offset by a slowdown in food price growth, in particular due to a good vegetable harvest and an increase in the supply of certain imported goods.

Nonfood prices declined more slowly (by 0.2% yoy). This was due to both the weakening of the hryvnia in previous months and the realization of pent-up demand from consumers. Thus, prices for household appliances and electronic devices fell at a slower pace. The growth in prices for cars, medicines, and other medical goods accelerated. In contrast, the fall in prices for other nonstaple goods – clothing and footwear, tableware, and home textiles – deepened. This can be explained by the relatively lesser influence of the exchange rate factor on those prices, thanks to previously accumulated inventories and advance purchases.

Nonfood prices continued to rise more slowly (by 3.3% yoy). In particular, most dairy and bakery products, fish products, and nonalcoholic beverages became more expensive at a slower pace. This is due to both an increase in supply, including through imports, and sluggish demand for more expensive and nonstaple products.

The growth in services prices decelerated somewhat (to 8.2% yoy). Weak demand and the tightening of quarantine restrictions in some regions held back price increases for cinema tickets, catering services, and foreign language lessons. Prices for healthcare services increased more slowly. Meanwhile, due to the realization of pent-up demand, the rate of decline in prices for tourist services fell sharply. Against the backdrop of reviving demand from households and increasing spending by businesses, including on sanitation, the growth in prices for services related to personal care continued to speed up.