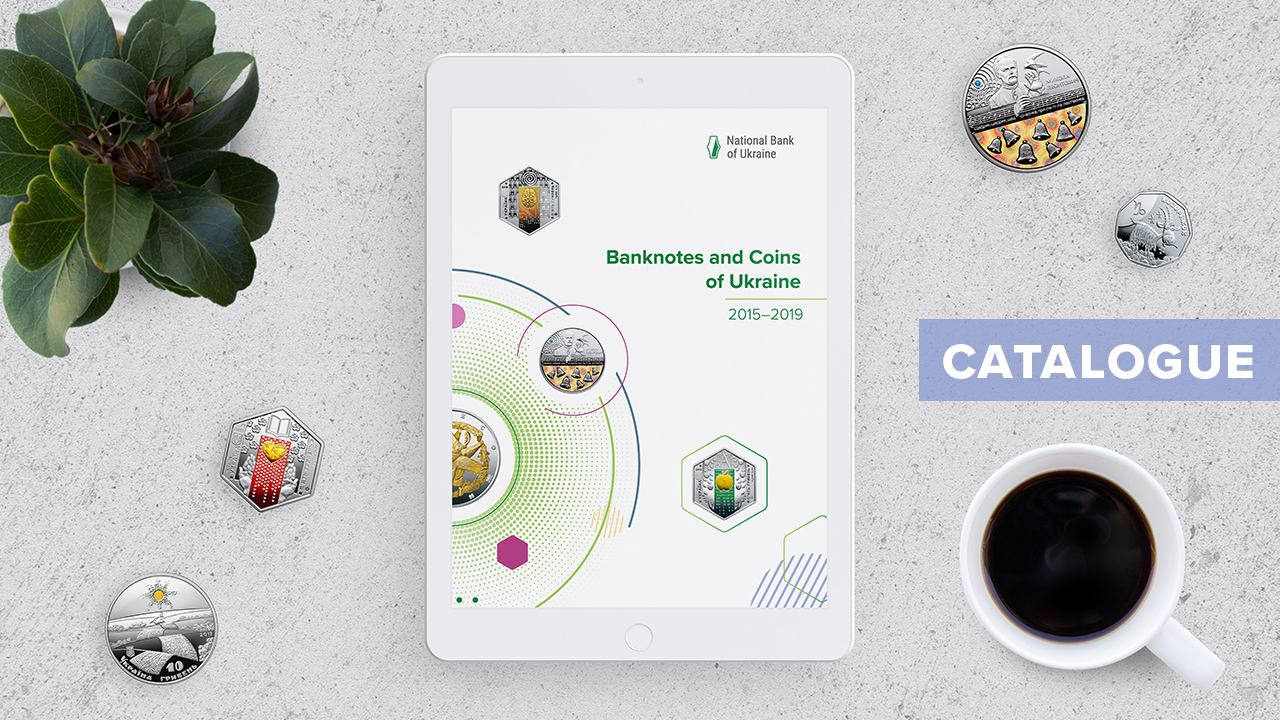 Banknotes and Coins of Ukraine Catalogue to Resume Publishing

The National Bank of Ukraine (the NBU) resumes publishing the catalogue Banknotes and Coins of Ukraine, long awaited by numismatists, collectors and all interested in the history and today of Ukraine’s cash circulation.

Publishing numismatic catalogues is a traditional practice all over the world.  Central banks and minting works of Austria, Germany, France, Canada, Australia, the U.S., Japan, and other countries report on their numismatic programs.

The Ukrainian publication was established in 1996.  Over its lifetime, the journal has been published 19 times under different titles and in different forms.  The 20th issue of the catalogue Banknotes and Coins of Ukraine for 2015–2019 has been transformed into an electronic publication.

It is in line with modern requirements, accessible on any electronic device and can be printed as needed.  The catalogue is published in two languages – Ukrainian and English.

The updated edition tells about the cash circulation developments by the NBU and its Banknote Printing and Minting Works over the last five years:

“The issuance of Ukrainian money is the result of joined efforts of many great people working at the NBU and its Banknote Printing and Minting Works. Collector banknotes and coins are not just money. They are symbols of statehood, historical evidence, and objects of passion for collectors,” said Sergii Kholod, Deputy Governor of the NBU. “They present Ukraine to the world community, and tell about the culture, traditions, and events of our country.  The catalogue about Ukrainian banknotes and coins is a unified source of information especially valuable for all those who appreciate Ukrainian numismatics and bonistics.”

Ukrainian numismatic products are popular in Ukraine and abroad.

In 2015–2019, the NBU sold 9 million pieces of numismatic products worth over UAH 750 million in the domestic market.  Moreover, commemorative coins of Ukraine are sold in the U.S., Germany, Hong Kong, South Korea, Poland, the UK, and Singapore.