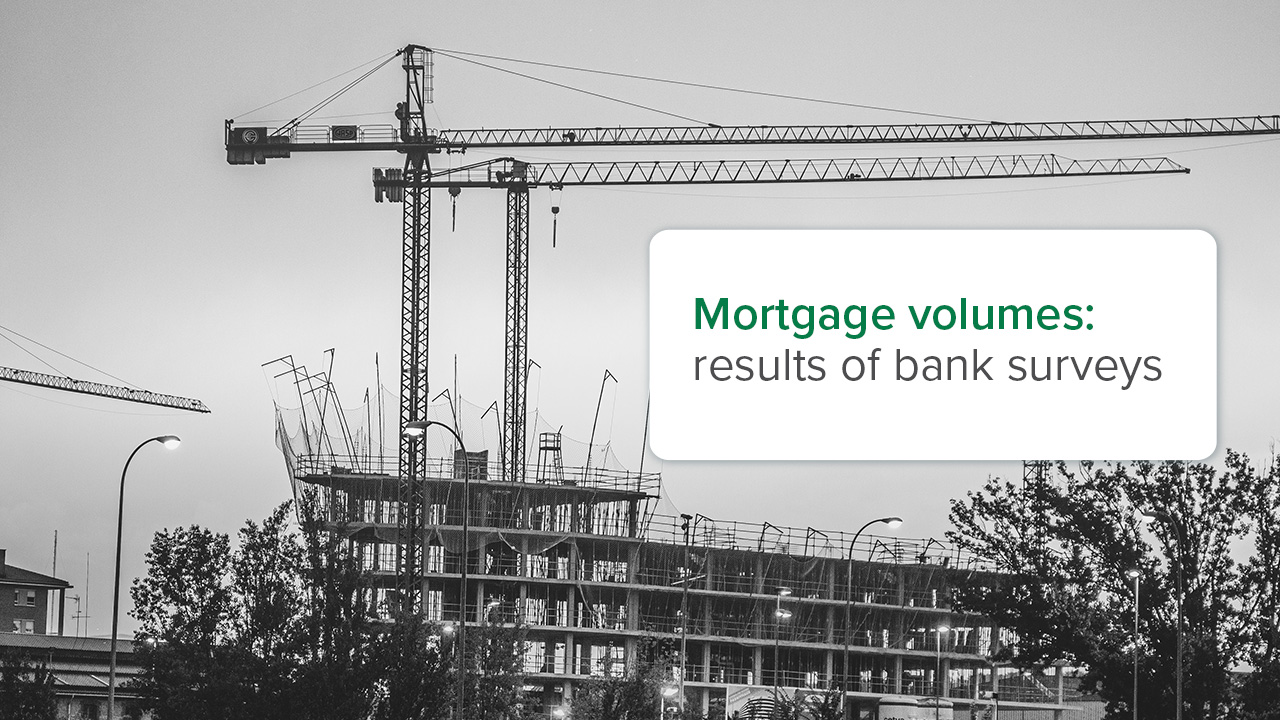 The National Bank of Ukraine (NBU) has started publishing the findings of monthly bank surveys on the volume of retail mortgage lending. The information will be published on a monthly basis on the NBU’s official website.

The survey findings represent the banks’ self-assessment of their own mortgage portfolios, and, therefore, may not correlate with the official statistics available on the NBU’s official website in the Statistics section.  The reason for such differences primarily lies in the data, including the data from the management reporting, which the banks used for the purpose of compiling this table. This approach better reflects the type of collateral for loans, and, hence, the content of the loan classification.

The monthly data within the survey contain the following information:

Below are some of the conclusions drawn from the published data:

Despite a decrease in new mortgage loans in April-May 2020 due to the introduced quarantine measures, mortgage lending resumed in July and remains high. In September, the number of new loans grew by a third compared to September last year.

Bank survey results show that the total volume of new mortgage loans increased by 16% to UAH 2.3 billion yoy over the first nine months of 2020. However, only 3,640 new mortgage agreements have been concluded since the beginning of 2020, which is 269 less than in the same period last year. At the same time, the average size of a mortgage loan has increased from about UAH 490,000 at the beginning of 2019 to UAH 700,000 in September 2020.   This is currently an average size of a loan for house purchase in both primary and secondary markets.

Rates for house purchase in the secondary market are lower

At the same time, in September 2020, about 40% of mortgages, both in number and value, were concluded with a fixed interest rate (in contrast to 75% of all mortgage agreements in early 2019).

Note that the effective interest rate includes the nominal rate, as well as all related costs of the borrower in favor of the bank, and is calculated for the entire term of the loan.

Most mortgage loans were issued in Kyiv