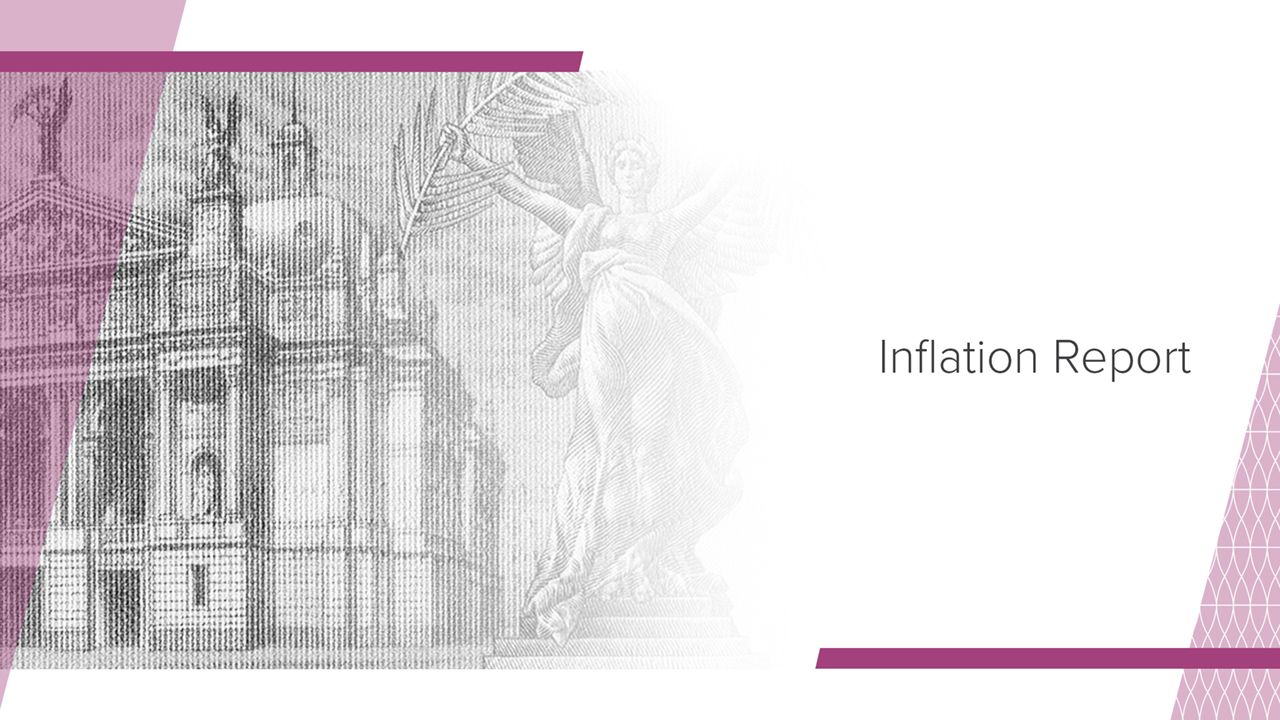 The economy will contract by 6% in 2020, but will grow by approximately 4% in the coming years. Meanwhile, inflation will have accelerated to 4.7% by the end of this year, and will approach the NBU’s medium-term target of 5% in the years ahead. For details, see the NBU’s quarterly Inflation Report dated July 2020.

The economy is past the worst of the crisis. Business activity has been reviving since quarantine restrictions were eased. Fairly loose monetary and fiscal policies will support economic growth in the years that follow. However, the pace of economic recovery will be constrained by still-subdued consumer and investment demand, partially due to elevated uncertainty around the spread of the coronavirus.

The recovery will vary by economic activity:

During the quarantine, Ukraine’s unemployment rate has risen, while wage growth has virtually stopped. Wary of a potential second wave of the virus, businesses will cautiously expand staff numbers, and unemployment will gradually decline. At the same time, real wage growth will resume next year.

Overall economic recovery to spur inflation in the coming years

However, it will remain within the target range of 5% +/- 1 pp as monetary policy continues to be prudent. Increased real household incomes will be a significant pro-inflationary factor. Core inflation is set to accelerate to 4% as economic activity revives. Against the backdrop of global trends, energy prices will also rise.

The gradual transition of monetary conditions from stimulating to neutral will contribute to curbing inflation. In 2021, the NBU’s key policy rate, which now stands at an all-time low of 6%, will likely rise somewhat in response to mounting inflationary pressures amid a recovery in consumer and investment demand. However, monetary conditions will still remain stimulating up until mid-2022, given the relatively low key policy rate. This creates preconditions for further reductions in loan and deposit rates, as previous key policy rate cuts have yet to be fully reflected in interest rates in the financial markets.

In addition to the updated macroeconomic outlook, the July 2020 Inflation Report features a number of special topics, including the following:

In response to the spread of COVID-19, the NBU has taken a wide range of measures to reduce turbulence in Ukraine’s financial market and to support the real economy and financial sector.

First and foremost, the NBU has created conditions for more affordable loans to businesses and households. To this end, the NBU has significantly eased monetary policy. Since the beginning of March, the key policy rate has been reduced by 5 pp to an all-time low of 6%. Among central banks in developing countries, the NBU now has one of the highest rates of reduction of the key policy rate. In addition, new instruments have been introduced to support lending and give banks flexibility in liquidity management, including long-term refinancing loans and an interest rate swap.

The requirements for banks’ capital, financial statements, and stress testing have also been eased. The NBU’s strict adherence to a flexible exchange rate regime in the FX market has also played an important role. Thanks to its timely currency and verbal interventions, the NBU was able to quickly and effectively calm the FX market during the first weeks of the quarantine and to keep inflation and depreciation expectations in check.

Thanks to this consistent policy, as well as the reforms of previous years, the situation in the financial markets quickly returned to normal, and business received incentives to recover faster. Today, the banking system is stable, inflation remains low, and interest rates in the economy continue to decline.

Global climate change has increasingly drawn the attention of central banks. International development, labor economics, and agriculture will soon have to adjust to a new reality – one in which the regions located along the equator will experience declining corn and wheat yields as climate change progresses. Meantime, the regions located closer to the poles are expecting to see increases in the yields of these crops and sugar beet. Crops are also likely to ripen faster, reducing harvesting times, while potentially worsening nutritional quality.

Thanks to Ukraine’s moderate continental climate, global climate change may increase the nation’s crop yields, but may also pose a number of challenges. Against the backdrop of global warming, annual precipitation in the fertile areas of the south and east is likely to decline, while destructive floods in the west are more likely to occur than before. Climate change can also tighten competition in the global markets and increase food price fluctuations. Curtailing greenhouse gas emissions and introducing new inventions such as artificial meat can reduce grain demand from livestock farming.

All of this will significantly affect consumer prices and complicate the achievement of the NBU’s inflation target. Climate change issues are thus becoming more and more relevant for the NBU as well. The development of insurance and forwards markets can mitigate the negative fallout from climate change.

To counteract the global spread of COVID-19, many countries, including Ukraine, have introduced quarantine measures, including restrictions on the movement of people, a de facto ban on trade in nonessential goods, and closures of service facilities. This made it difficult to monitor prices, both due to the lack of certain goods and services and because of recommendations to restrict the movement of the State Statistics Service employees in charge of data collection. Although they widely use other methods of data collection (by phone or from online stores), data samples for certain representative products, or even whole groups of products, have proved insufficient.

To calculate inflation, alternative methods have been used according to the existing methodology, including imputation, in which the growth rates of prices for goods or groups of goods with similar characteristics are applied to prices for missing goods and services. In general, the application of these methods has slightly reduced the overall annual inflation rate by no more than 0.1 pp in June 2020, according to NBU estimates.

The deviation of the real effective exchange rate from its equilibrium level (the REER gap) is of interest to central banks, as this measure is among the indicators that can show whether an economy is balanced. The equilibrium REER is unobservable and can only be estimated through modeling.

Applying one of these modeling methods to data for Ukraine has shown a moderate positive REER gap for 2019, an outcome that is consistent with the NBU’s policy to bring inflation down to the target. Having curbed high inflation, the NBU stepped up its monetary policy easing efforts. In the near future, this will bring the REER to its equilibrium level.

With the pandemic spreading rapidly around the globe, including throughout Europe, global demand has significantly narrowed. As a result, economic activity has fallen to 70-year lows, putting a significant number of countries at risk of deflation. Amid a plunge in energy prices, this has led to a drop in inflationary pressures from Ukraine’s major trading partners.

In contrast, countries like Russia, Turkey, Georgia, and Belarus have seen a rise in inflationary pressures. The key factors in accelerating inflation in these countries were hectic demand for certain foods, as well as depreciation effects.

Analysts expect that until the end of this year, inflationary pressures on the Ukrainian economy from major trading partners will still be weak as demand continues to be sluggish following a brief period of excitement. In the years ahead, however, it will grow as the global economy recovers and loose fiscal and monetary policies are maintained in most countries.

The Inflation Report reflects the NBU’s perspective on the current and future state of Ukraine's economy, with an emphasis on inflation, which is the basis of monetary policy decisions. The NBU has published the quarterly Inflation Report since April 2015.