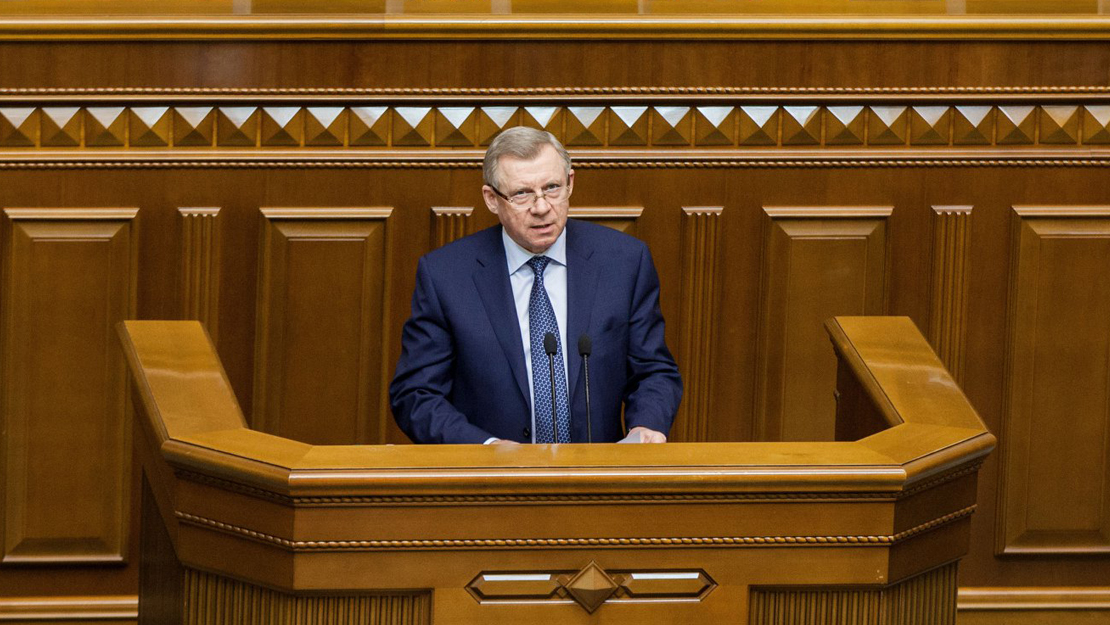 Today the Parliament approved the president’s resolution to dismiss NBU Governor Yakiv Smolii, who filed for resignation on 1 July 2020, citing systematic political pressure. 286 Members of Parliament voted for him to step down.

“As the NBU has long been under systematic political pressure, I have made a difficult but necessary decision to resign. For months, the central bank has been pressurized to make decisions that are economically unsound, that focus on short-term, easy “victories,” and that could take a tremendous toll on the Ukrainian economy and people in the long run,” said Yakiv Smolii in his parliamentary address as he explained the reasons for leaving his post of his own volition.

“As governor, I have been safeguarding the NBU’s institutional capacity for more than two years. Together with the members of the NBU Board, we have been a shield that has protected our technocratic and apolitical institution from the influence of political forces. Over the past year, this shield has come under unrelenting pressure to give in. That includes pressure in courts, paid rallies at Instytutska Street and near the Board members’ homes, information attacks based on manipulation and lies, unfounded political assessments of the NBU’s policy and of my actions as governor, and use of the NBU Council to incite corporate conflict within the central bank. All these have been links in the same chain,” emphasized Yakiv Smolii.

“Does my resignation imply that the NBU has lost its independence? Not at all. My resignation comes as a protest. It is a signal and a warning that a red line is about to be crossed. As I step down as governor, I seek to warn politicians against further attempts to undermine the institutional foundations of the Ukrainian central bank. At this very moment, the NBU Board and several thousand top-of-the-line professionals continue to work at the NBU to promote the macroeconomic and financial stability of Ukraine and the institutional capacity of its central bank. However, it is crucial that their work goes on uninterrupted. It is imperative that the president, government, and political forces finally begin to work effectively with the central bank,” said Yakiv Smolii.

Yakiv Smolii was appointed NBU Governor on 15 March 2018. The following happened during his time in office:

Today the banking system is healthy, highly liquid, and profitable. Not a single bank has been resolved since November 2018, and confidence in the banking sector is being restored. Furthermore, in the midst of the current crisis, the banking system has been an outpost of financial stability thanks to what had been accomplished on Yakiv Smolii’s watch since early 2018:

Under Yakiv Smolii’s leadership, the NBU became a regulator of the nonbank financial market, optimized the banknote and coin series, ensured that the share of noncash transactions increased to 55%, brought the launch of the NBU Bank ID to its completion, adopted the IBAN, and shifted the SEP into 23/7 operating mode.

During these two years, the central bank never stopped evolving as an institution, with the result that:

“I leave the NBU as an integrated institution that has a strategic vision, well-established processes, a strong professional team, and a good reputation among the world’s leading central banks and the international community. I’m leaving with my head held high. And I leave the NBU under your responsibility,” said Yakiv Smolii as he concluded his parliamentary speech and his nearly two years in office.

According to the Law of Ukraine On the National Bank of Ukraine, NBU First Deputy Governor Kateryna Rozhkova has taken office as Acting NBU Governor.